Chris Lowry, M. Ed. is a media producer and musician He has played key roles in founding and building a variety of influential organizations and programs. He is a writer and editor of publications including magazines, books, training manuals and educational materials, and has overseen the production of many language versions of both print and video materials.

He co-founded Green Enterprise Toronto (2005-2009), The Brewers Plate, Street Kids International (1988-1998), Razorback Press, and The Journal of Wild Culture. Chris has also worked with agencies such as MSF/Doctors Without Borders (Canada) in the field of child health and rights.

He has won awards for his films and other work including a film portrait of the artist Jack Chambers and the AIDS education cartoon Karate Kids which was translated into 30 languages (Peter F. Drucker Award for Canadian Non-Profit Innovation). He served on the faculty of the Institute Without Boundaries at George Brown College School of Design in 2004. 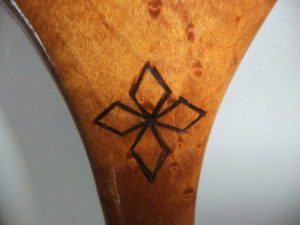 An ecotone is a transition area between two adjacent but different plant communities, such as forest and grassland. It may be narrow or wide, and it may be local (the zone between a field and forest) or regional (the transition between forest and grassland).[1] An ecotone may appear on the ground as a gradual blending of the two communities across a broad area, or it may manifest itself as a sharp boundary line.

The word ecotone was coined from a combination of eco(logy) plus -tone, from the Greek tonos or tension – in other words, a place where ecologies are in tension.