*** Please scroll down here for the latest Ecotone news and projects ***

My Feet in Dixie, Head in the Cool Blue North. Our first performance of Jesse Winchester’s fine songs played to a full house at the Free Times Café Thursday July 5. To our surprise, there was another Jesse Winchester show on the same night over at Hugh’s Room. But we didn’t have to worry, the audience gods were smiling on us. I guess this town is big enough for Jesse to be two places at once. Here is our version of ‘Talk Memphis’.

If you would like to receive notice of our gigs please let me know! To view videos of my band, the Echotones, scroll down here.

Rebel Angel is a portrait documentary about influential scholar, art critic and educator Ross Woodman (1922-2014). In essence, it is an inquiry into the dynamic tension between art and religion, through the prism of Woodman’s extraordinary character. The film will explore Woodman’s important role as a collector, critic and friend of many of London, Ontario’s most significant artists and poets in the 60s and 70s.

I first met Woodman when I was a student at Western almost 40 years ago. His pure artistry as a lecturer made him unforgettable, life changing. Later, in 1981-82 he helped me and John Walker to make the award-winning portrait documentary about his friend Jack Chambers, Tracks and Gestures. Now I have come full circle and Woodman is the subject of a film. He was among the most influential Canadian art critics of the 20th century, an internationally recognized iconoclast in the field of English Romantic literature, a scholar of the Baha’i faith in relation to the history of art and the variety of religious experience, and a passionately original interpreter of Jung and Freud in the context of world literature and religious texts. To see the trailer and find out more, please visit rosswoodmanfilm

In April Ecotone received a grant to support production of the film from the Good Foundation in London, Ont., through our charitable partner, the London and Middlesex Historical Society. Other applications pending. Estimated release date, May 2019.

I have started writing art reviews, inspired by Ross Woodman. Here is a new one about Andrew Rucklidge: Northern Alchemy

The Ecotone web series about international relations, science diplomacy, and digital diplomacy, Guerilla Diplomacy with former Canadian diplomat, Professor Daryl Copeland, is currently featured on a number of international sites including these:

EUCLID University What is Diplomacy?

International Channels for Diplomacy Digital Diplomacy: The Power of Attraction

My band, the Echotones, performs shows that focus on singer-songwriters like Randy Newman, Tom Waits and Jesse Winchester (coming soon). For a quick reminder of the quality of both Waits’ melodies and his lyrics, check out these recordings from one of our recent concerts:
Tom Traubert’s Blues

All The World Is Green

Music video from Invitation to the Blues: The Songs of Tom Waits — Chris Lowry sings with the Echotones: Tom Melville on keyboards, Daniel Kölsch on sax and clarinet, and Will Melville on guitar, mandolin and vocal harmony.
Videography by Jana Gracia.

I reviewed a great cookbook/travel essay recently, and I can attest the recipes have added deliciously to my cooking repertoire. Check it out Taste of Persia: A Cook’s Travels Through Armenia, Azerbaijan, Georgia, Iran and Kurdistan.

Please preview the book (hardcover on Amazon or ebook on Blurb.ca).

Proceeds from book sales will benefit the work of War Child Canada in Afghanistan and other war-torn countries.

Special Price $70 including Toronto delivery if you order direct from Ecotone chris@ecotone.ca ($18 less than Amazon, and more money goes directly to War Child!)

Here is the French version on Amazon too.

Afghanistan Before the Rain of Fire 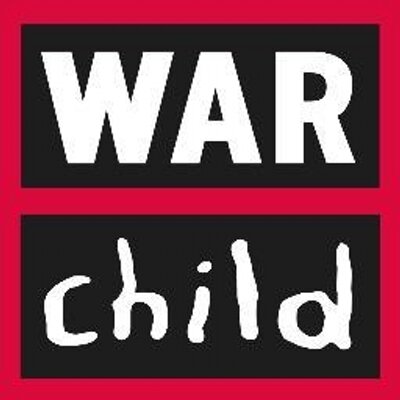 “I was blown away by the book. Searing and powerful memories… Brilliant story, wonderful photos!”
—David Edwards, former Canadian diplomat

“Chris Lowry’s photos and narrative do not pretend to offer an explanation and analysis of all this war and repression, but they challenge the viewer and reader to re-assess “Afghanistan” and its people and landscapes, as if seeing and considering them clearly for the first time.”
—Grahame Russell, international human rights lawyer, Founder/Director of the NGO, Rights Action

New article in Western News and the Alumni Gazette:

Ecotone is developing a prototype for the game DeepCity with new partners, Wero Creative and OCADU Digitial Futures GamePlay Lab.

DeepCity is a strategy game for PC/Mac set in a strange, fascinating future. Your Goal: Survive. Defend. Regenerate.
Think Tamagotchi meets SimCity meets Civilization and you get the core of DeepCity. The game world is shaped through actions that allow a user to explore prospective futures of energy and carbon, extreme weather and social unrest, infrastructure and mobility, as well as resources such as food and water. DeepCity deals with a climate-changed habitat similar to Mad Max with a bizarre internet-influenced twist. This allows a game that is a set in a dark world to have a light look and feel (similar to Adventure Time). Scenarios in the game will be updated based on trends within internet culture for a sense of humour and cultural touchstones. It simulates how an urban regional (eco)system in the near future could regenerate and thrive or fail in adversity.

GOLDTOOTH, a cartoon about street kids and drugs, is the sequel to the HIV/AIDS education cartoon for street kids, KARATE KIDS. Thanks to the efforts of animator Kai Pindal and other friends, the NFB has generously agreed to digitize GOLDTOOTH and stream it on the NFB site. Produced in 1989 and 1991, these award-winning films continue to be used by educators around the world and I am proud to have worked on both projects as co-Producer and Executive Producer during my tenure as Director of Communications and co-founder of Street Kids International.

Karate Kids, Derek Lamb, provided by the National Film Board of Canada

My interpretation of Cohen’s Song of Bernadette has attracted almost 5,000 (!) views on YouTube:

and… from our Songs of Randy Newman performance (Tom Melville on piano):

John Berger, the art critic and artist, looking at a painting of Aesop by the great Velazquez, says that he identifies “with his skepticism which is never cynical – The storyteller – not the novelist, not the fashionable literary creator – Often nomadic – A traveller who goes from place to place and tells stories that he has lived, or that he is making up – A traveller who is completely free from institutions.”

What a beautiful description of Bob Dylan.

Here is one of those long, song poems, of which Tom Waits said “It is like Beowulf and it ‘takes me out to the meadow’. This song can make you leave home, work on the railroad or marry a Gypsy. I think of a drifter around a fire with a tin cup under a bridge remembering a woman’s hair. The song is a dream, a riddle and a prayer.”

Here are some more of our arrangements of Dylan music, with Bill Gilliam on the piano:

Here’s a piece I published in the Journal of Wild Culture online, The War On… Scarcity—a PDF version for your summer reading! Steal this book – compliments of Ecotone.

I was Senior Editor of the original Journal of Wild Culture, and I am delighted to be part of the new digital JWC.

To order the CD for $20 please email chris@ecotone.ca

If you’re looking for any of my work, you can find a lot of it here. Browse articles about my experiences with organizations such as Green Enterprise Toronto, Médecins Sans Frontières and Street Kids International, video clips from cartoons and docs that I have produced, or listen to some music.